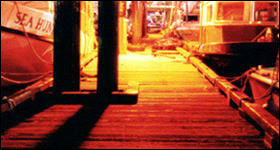 Today on my radio show (1410AM WRJD) the main topic of conversation was….what else?  The $150,000 spent by the Republican National Committee to give Sarah Palin a makeover.  Her makeover included a $50,000 shopping spree at and a $75,000 baby boomer diva trip to Neiman Marcus.  According to reports, she also bought her children and husband lavish outfits as well.  She continues to receive an $18,000 clothing allowance per week until the campaign is over.  After that, her hand-me-downs will be donated to charity.

Callers were outraged over this action by the RNC.  They couldn’t understand how Sarah could portray herself as a Hockey Mom.  Don’t they all shop at Wal-Mart and Target they said?  How dare the Republican Party say they are about helping the middle-class and trying to fix the economy when they frivolously throw away that kind of money!

I'm with you Bev, I really don't see what the big fuss is. I mean, heck! They are even donating the wardrobe to charity after the election. I bet whoever receives those nice clothes won't be complaining.
:)
Sunday, October 26th 2008 @ 9:42 PM

Actually, I agree with you Bev. Although I agree $150K is an access, I'm sure the democrats would have been spending big bucks on Hilary had she got in. And if you look in the past, the parties have always spent alot of money on the wardrobes of the potential 1st wives. Maybe not that much, but then again they wern't actually running.
I will be glad when the election is over!
Sunday, October 26th 2008 @ 7:03 PM

Truthfully, I don't really care all that much how much money she spent, or the Republican party spent. If they felt they needed to waste their money on her wardrobe, than so be it. That's business, and that's politics.
Sunday, October 26th 2008 @ 6:59 PM

I agree with Karen's comment. I really don't have a problem with the "makeover", but I do think the budget was too high and it sends a negative message to tax payers.
Sunday, October 26th 2008 @ 6:55 PM

I guess the main issue is the hypocrisy of it all. This is the same party that tries to portray Barack Obama as elite and out of touch. Meanwhile, back in reality, McCain has 7 or 8 homes and Palin spends $75,000 in ONE DAY. Don't talk about it, be about it. If you are wealthy, be proud of it! Don't pretend to be something you're not.
Sunday, October 26th 2008 @ 6:45 PM

I'm afraid we must agree to disagree on this one. While I do feel that image is important and would even go so far as to say that a certain amount of investment was necessary to achieve that end, I do not feel that such a big budget was required. She is representing. I just wish she would have done it for less.

Well, I am one who is outraged buy the frivolous spending.

Go to MY site if you don't believe me, it is plastered on front page what I think about it.
~BabyBoomerAdvisorClub~

The Republicans couldn't put a Band-Aid on a damn break and we all know it...heck, they even know it!

What does make my feathers ruffle is how many womens centers and soup kitchens that money could help, instead of being on Sarah Palins back side, face and hair. :(

Thanks for the invitation over Bev...